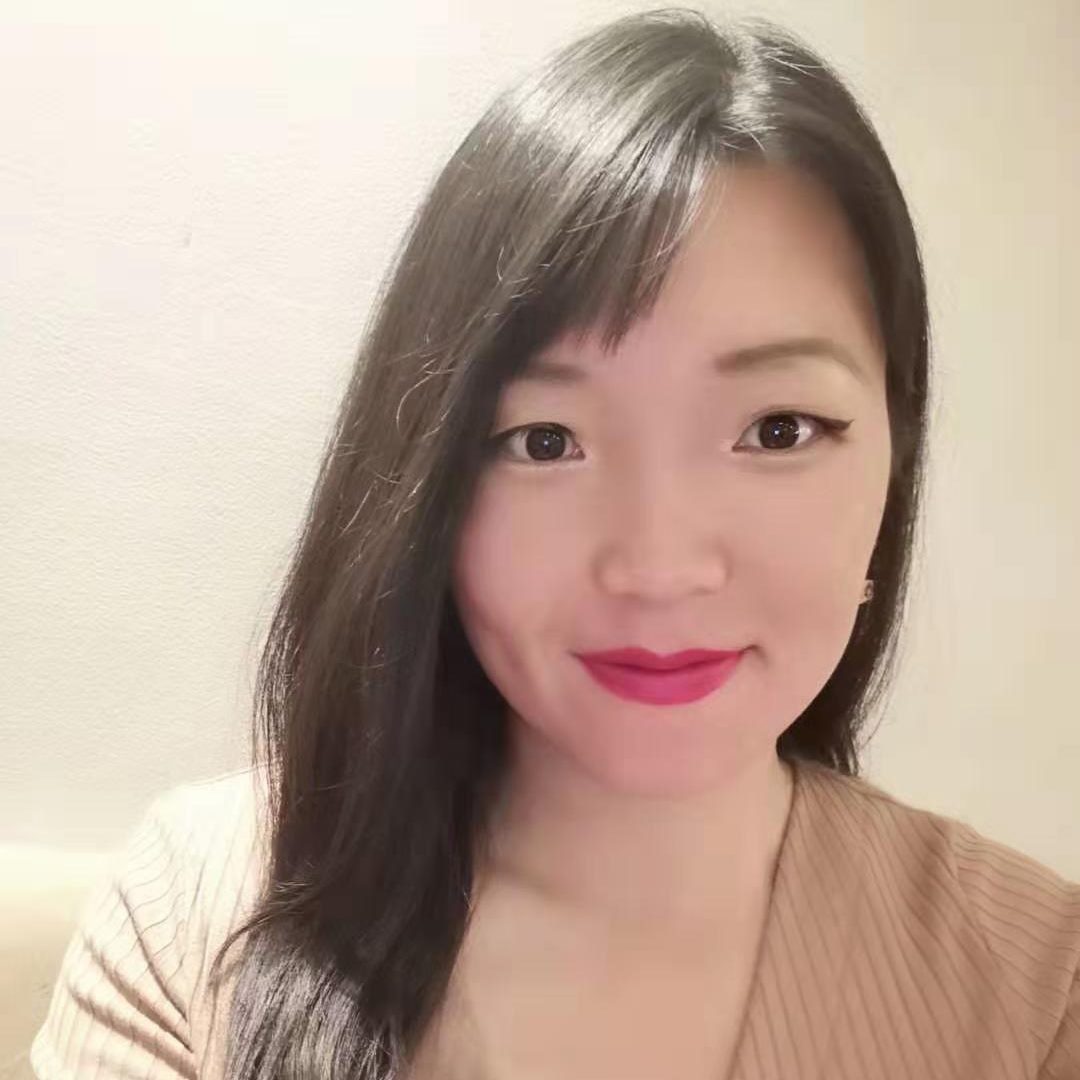 When Yan Song was studying in Shanghai, his favorite pastime was to roam around museums. “Museums have emerged like bamboo shoots after the rain and visiting museums has become a trend. But back in 2008, not many young people were interested in museums,” recalls Song. “When the artist Yayoi Kusama came to Shanghai art museum, I was one of the few audience there.” In 2016, Song came to the Netherlands to pursue the Phd at Delft University of Technology. Since this small country has the highest density of museums in the world, he is happy to dive into the sea of museums.

After visiting over 400 museums, he started a WeChat account called “Pisces Young Man” (双鱼少爷) to share his authentic reviews and recommendations for the special exhibitions. “At first, I felt shy so I was hiding behind WeChat. Then I received many messages from followers. They urged me to lead museum tours,” says Song. “I thought this may be an opportunity to meet more like-minded friends and enjoy quality time together.” That's how he started guiding museum tours for Chinese. Song shares his views on how museums could attract Chinese audience and embrace the Mini Program (MP) trend smartly.

How is this growing community of Chinese museum lovers?

They are not “sitting on the fence”, instead they are very dedicated to museums. Last year, I started curating the top 10 exhibitions of the month. Some people really took my list to visit every exhibition and shared their feedback. Whenever they discover a new exhibition, they send photos and ask me to include it in the next list. Whenever they stumble upon a “landmine”, they tell me to avoid. They also bring up many more museums that I haven’t visited myself.

I enjoy this kind of interaction and knowledge exchange. I haven’t met many of them offline but we have chatted via WeChat. I am touched that it is not only me but also many other Chinese who love museums.

Five years ago, Chinese came to Europe through group tours. They didn’t have time for museums, as they had to cover 10 countries in 10 days. Nowadays, Chinese between 20 and 30 years old prefer to travel on their own. They would spend at least 10 days in at most two countries, for instance, the Netherlands and Belgium. After seeing flowers, they could spend more time visiting museums. “Deep dive travel” is the trend [take a deep dive into local art and culture].

In 2019, I witnessed a sharp increase of museum tours. Suddenly many people contacted me to show them around the museums and my weekends were often full. Last December, several art travel organizations booked me to be their guide, as they planned to come in April and May [Such plans of course were cancelled later]. But from these advance bookings, I see this trend continues to grow in 2020.

One thing particularly interesting is the change in kids tours. Chinese kids used to come to Europe through summer camps. But now, young families with kids come together to create their own tour. Last year, I received several such tours made up of around 10 adults and kids from three families. They are very flexible. If their kids are interested in one museum that morning, they would spend more time there and even cancel the afternoon schedule.

Which kind of museum experiences are Chinese looking for?

Chinese look for a creative blend of art and nature. Located inside the Hoge Veluwe National Park, Kröller-Müller Museum has become more popular among Chinese. Because after seeing the paintings, Chinese could also discover the diverse landscape.

In the past, travel agencies never took Chinese to such museums, as they didn’t want to waste a whole day in those remote locations. But nowadays those “deep dive” travellers would venture to museums that are far away from the city center. After exploring the artworks, they would even plan a picnic in the forest.

Which kind of storytelling would be interesting to Chinese visitors?

Chinese are more interested in history as a whole. So instead of telling them this painting and that painting separately, we could connect all these paintings through a well-planned route [like stringing pearls into a necklace] and tell them a complete story.

Indeed, Dutch masterpieces are deeply rooted in Dutch history. Rembrandt’s paintings show the golden age from rise to decline, while Van Gogh’s paintings reflect the struggles during industrialization. So why not connect these dots into the big picture of history? Chinese would find it easier to grasp and develop a stronger impression.

Once I led some Chinese travellers to experience the Escape Game in Rijksmuseum. Since the instruction was not available in Chinese, I had to explain every task. We ended up spending four hours, instead of the suggested two hours. Chinese could feel the design of this game was fun but they couldn’t fully immerse in this experience due to the language barrier.

Moreover, it is not easy for Chinese to look for information about Dutch museums. When I searched for Museum Voorlinden on Baidu, I found it only on the fifth page. So Chinese had to rely on travel platforms for second-hand information. I like how museum MPs enable Chinese to get first-hand information directly. So they will gain some understanding and feel more interested to explore the real museums.

Recently 11 American museums launched their MPs. What is good and what can be improved for Chinese museum lovers?

It is a good step to let Chinese know about these museums. But they could do more to help Chinese make the best of their visit. Current information on MPs is not that much different from what is available elsewhere, such as hours, tickets and official introduction. What are the top treasures? What is the best route to visit? How about reviews? More practical information could be added to make them truly handy.

Dutch museums have started to embrace this MP trend. Which features can be included to better attract Chinese travellers?

Where to eat after visiting the museum? Many Chinese including me would love this feature. We don’t want to search for restaurants nearby when our stomachs already start growling.

The souvenir store could also be included, as Chinese always want to bring something home. According to my observation, Chinese language catalogs, eyeglasses cases, jigsaw puzzles and ceramic plates are some popular choices. Some female travellers would spend 20 to 100 euro on pretty gifts for themselves such as a silk scarf inspired by Van Gogh’s Almond Blossoms.

The time could also be added to help visitors better plan their itinerary. For example, Mauritshuis takes two hours but Rijksmuseum can take three hours or more.

How could we inspire more Chinese to discover Dutch museums?

Actually I am writing a book called Dutch Museums for Shanghai Tongji Publishing House. There are many good museums that are not well-known among Chinese. Do you know Leiden’s Naturalis hosts one of the top four natural history collections worldwide? There are also new museums founded by entrepreneurs. But their design and collections do not lose out to big museums.

I draw the best route to visit and floor map for every museum. For example, in the Museum Prinsenhof Delft, William I Prince of Orange was murdered there in 1584 and the bullet holes are still visible in a corner. I have marked this highlight in my map so Chinese won’t miss it.

It would be great if we could develop one MP called Dutch Museums. Each museum can have its own unique MP on this platform and more museums are welcome to join. So we could show all museums at one stop and boost the profiles of Dutch museums as a whole. 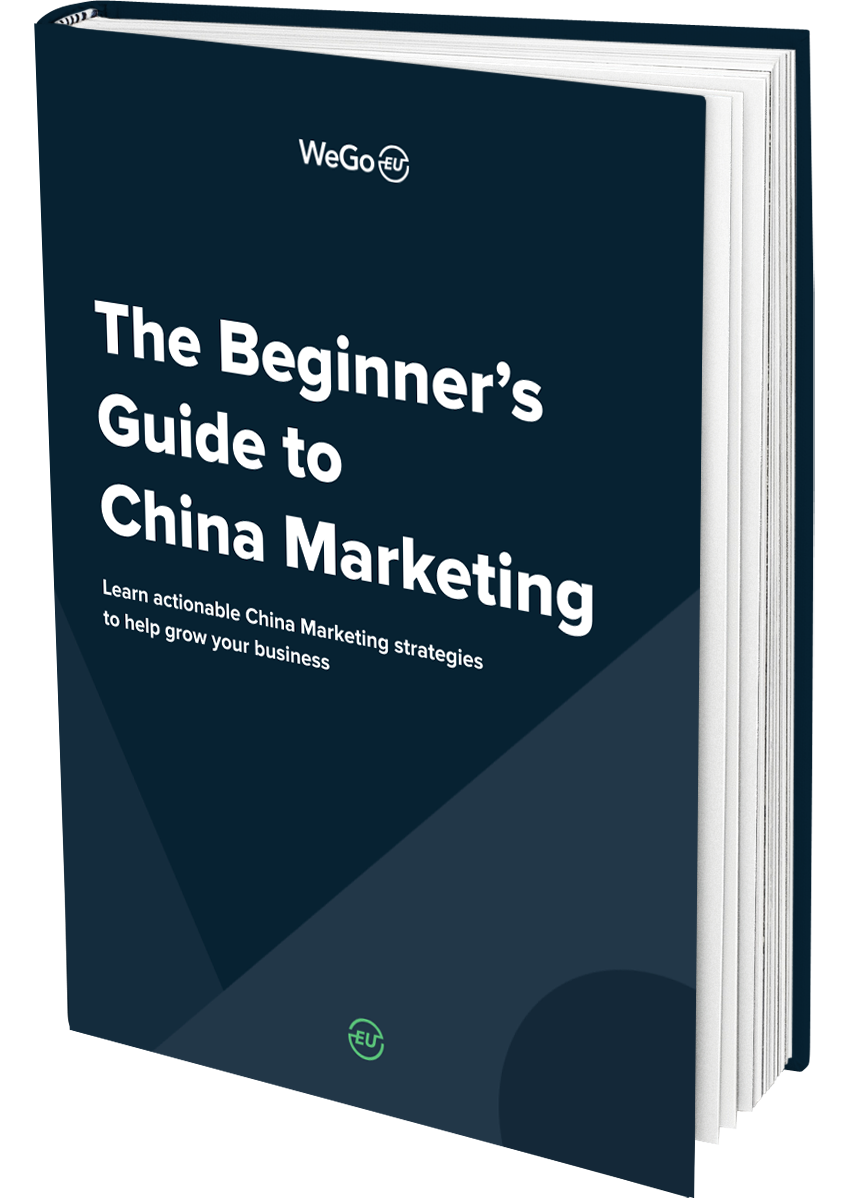 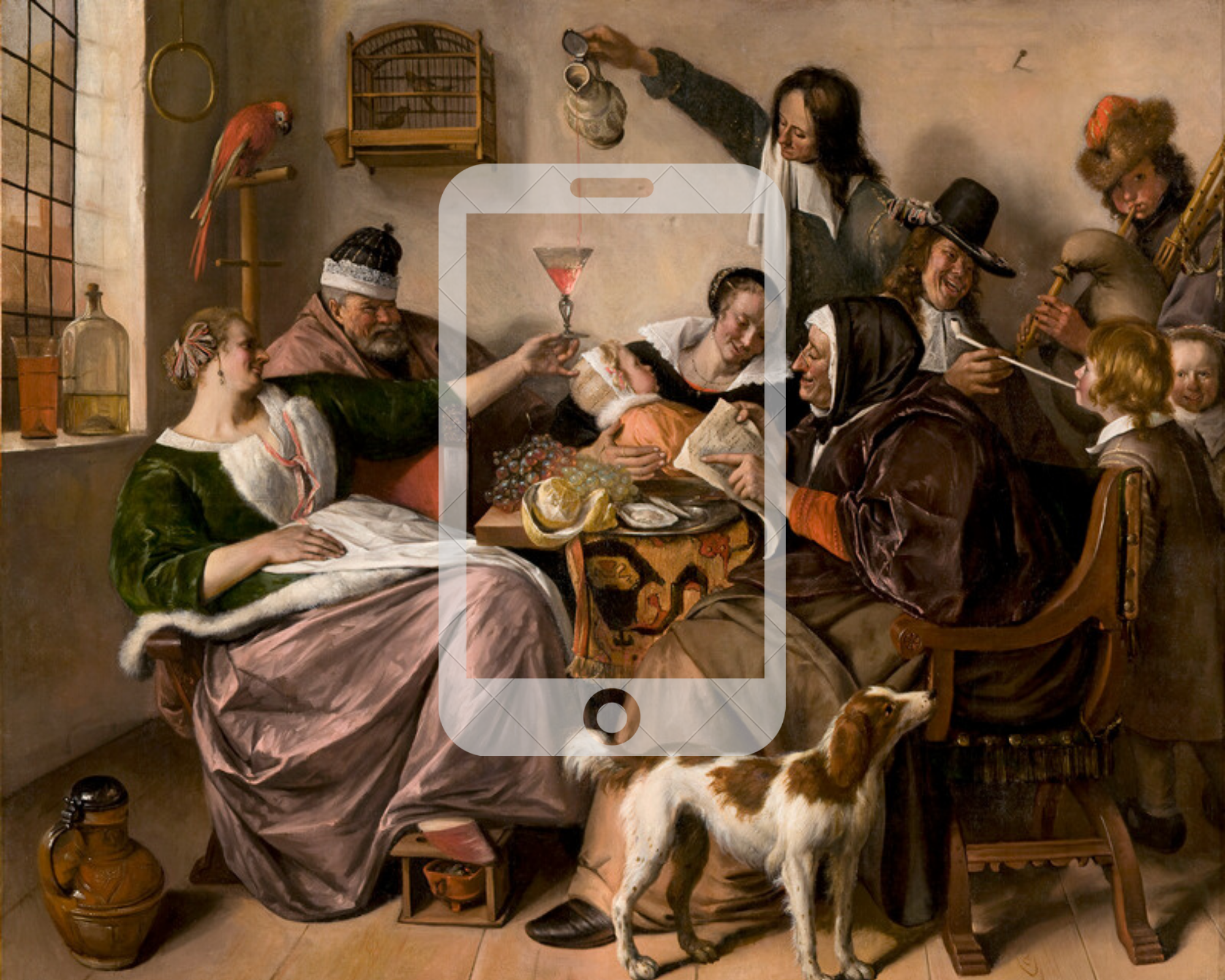 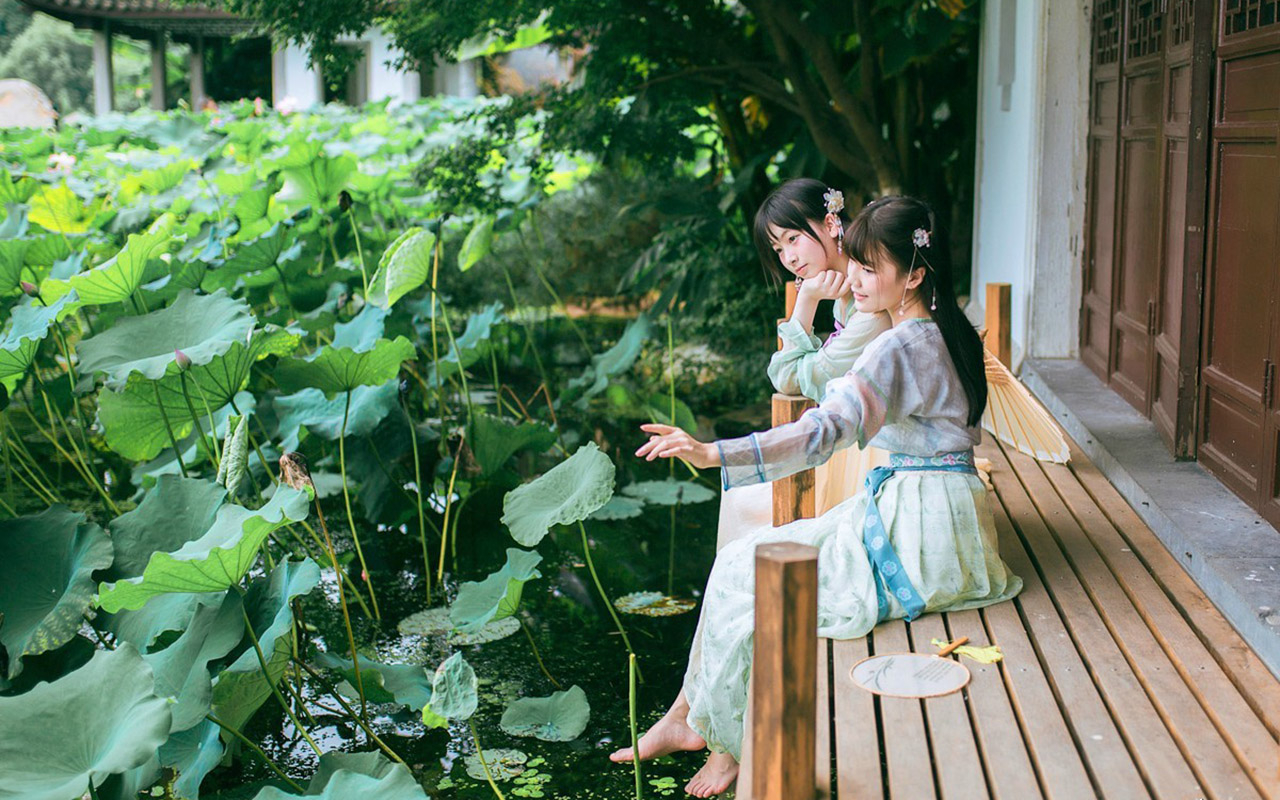 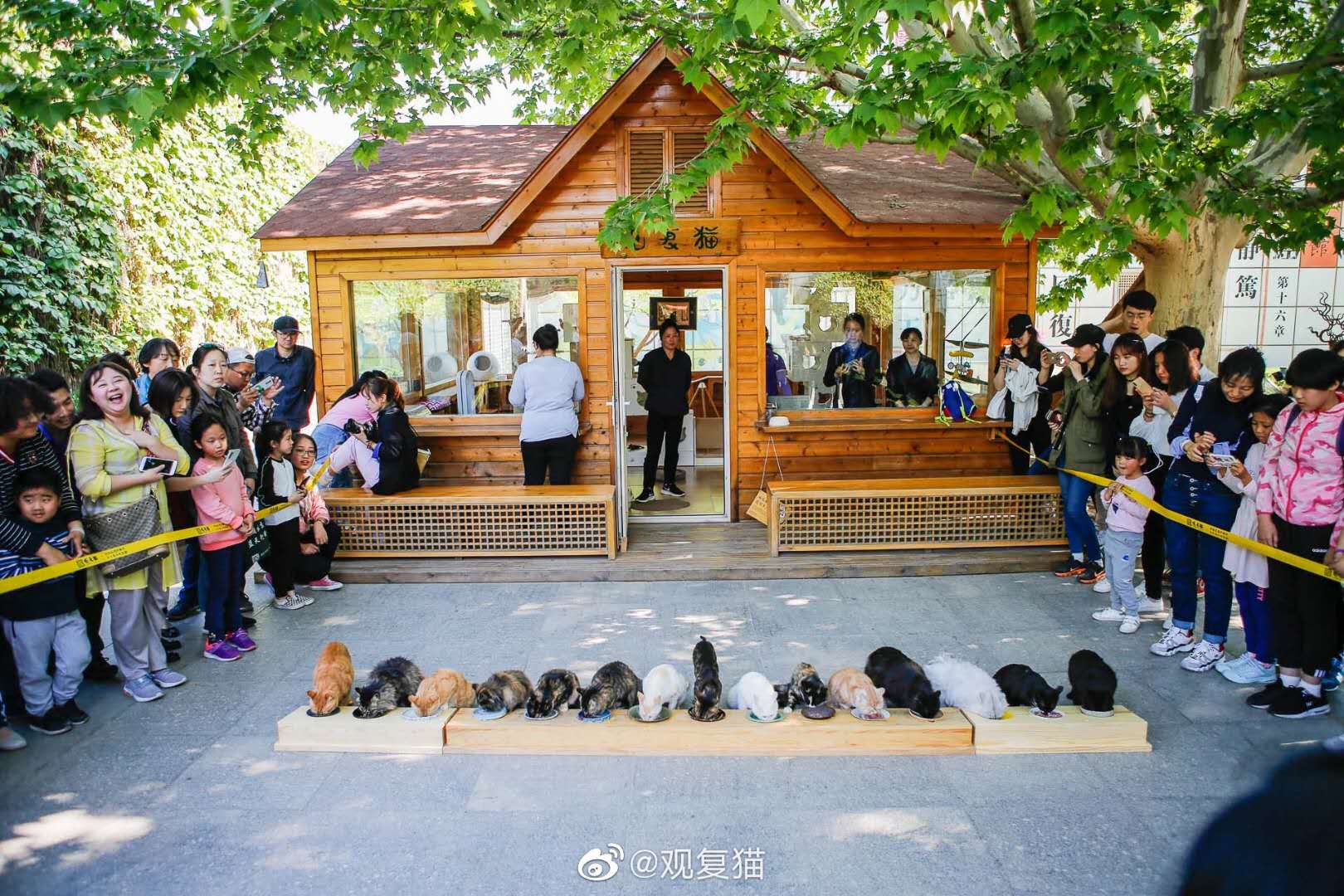